I promised you all cherries didn't I? So here they are: 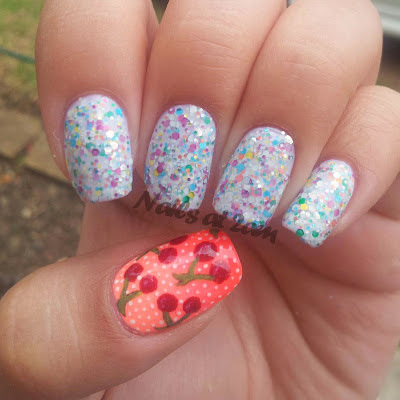 This is two coats of China Glaze It's a Trap-eze! over Revlon Lily, with the thumb Cherries accent nail. Pretty darn random but the awesomeness of the CG makes up for it! If unicorns existed and it were to puke on my nails.. this is what it would look like... absolutely stunning!

A little later in the day, I took my cherry nail off and replaced it with the CG and topped it with Pochacco and Choppy! (Even after painting my nails, I still wanted to re-paint my nails.. haha you think I have a problem?) 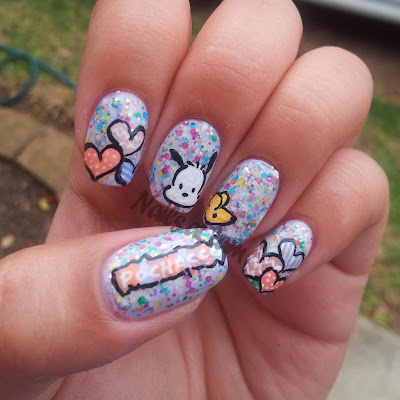 I have another treat for you guys! And no I didn't repaint my nails a third time! Any other night and I would've been painting my nails right about now, but it's such a waste to wear such a lovely polish for only a few hours, so instead I preoccupied myself with finishing my first nail art wheel! 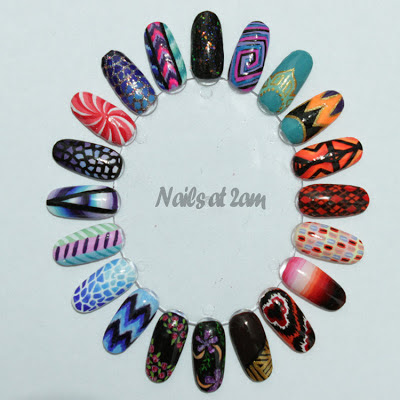 This is just an amalgamation of all my past designs, the top half being the most recent designs. My second wheel will be more focused on gradients, ikat and floral designs. It's about a quarter way done, but I'll be sure to post it soon as well :D

I have more news! Christmas came early this year.. I got amazing nail mail the other day! 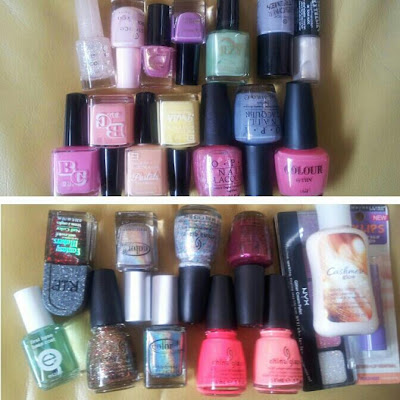 The top half is from my secret santa Natalia (from cats-n-nails) and the bottom half is my nail swap with Tina from California! Such awesome pretty polishesssss ^_^ the highlights include OPI Nothin' Mousie Bout It (it has pink glitter hearts in it OMG!), China Glaze It's a Trap-eze! and the Color Club Holos Cherubic and Angel Kiss. So excited to try them all!

I love reading all your comments, so don't be shy to drop a line, and say hello! (: 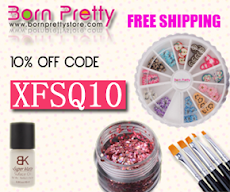